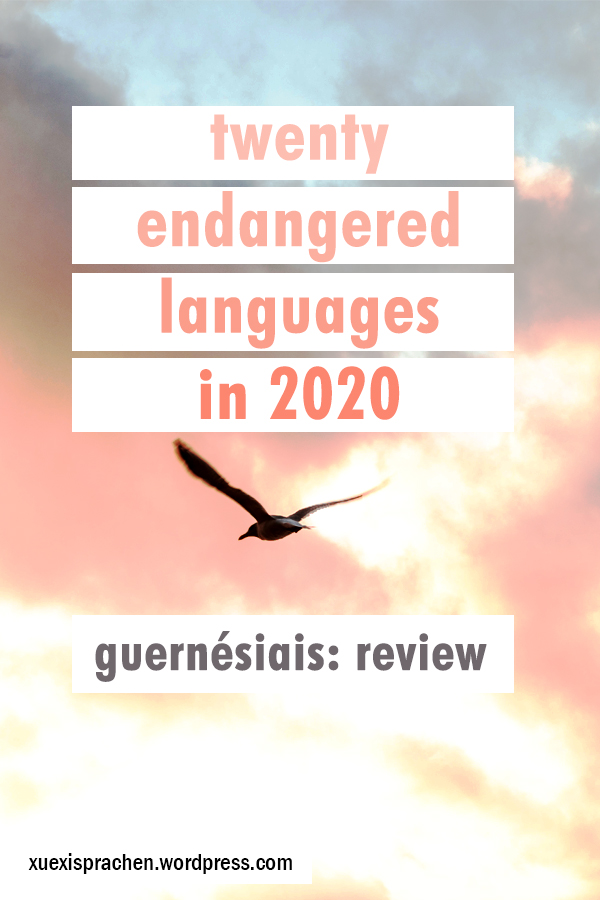 So I may have lost track of time here and forgotten to post my second progress report on Guernésiais—oops!—but I’ve been studying the whole time and am here to share how it’s all been!

After a fairly difficult time with Ainu, I didn’t really know what I was getting into with Guernésiais. It was a language I didn’t know much about—beyond the basics of where it was from—but I’ve really enjoyed learning it the past 18 days.

Because of its similarities to French, I definitely started off on a better footing than I otherwise could have—aside from my recent (unsuccessful attempts) with French, it’s been a while since I spent any time with it, but having a foundation definitely paved the way here.

The only problem with this, however, was that it became a little difficult to suss out Guernésiais pronunciation—it’s a bit like French, but not really, so I think a bit of French definitely crept in there!

Oh, and if you’re looking for some good resources, I got a lot of help from L’Office du Jèrriais on Twitter—they might be there to promote Jèrriais but they know a lot about both languages!

Aaaanyway, here’s my video, chatting a little about food this time:

Yeah, I’m still not sure how you say ‘pizza’ in Guernésiais.

What did I get done?

I went through the entirety of the Conversations in Guernsey French playlist from the Guernsey Language Commission; there are 41 videos there, each about two minutes long. By the last week, I was kind of using them as Assimil-style texts and working through them with the same method as I would with Assimil. These were really useful!

I also worked through 11 of the 20 videos of another playlist on the same channel—A Course with Alan McKane. I enjoyed these videos too; they were a little longer, and more focused on teaching, but I just didn’t finish the lot. There are plenty of other playlists on the channel too, but these were the most useful for me.

I spent a lot of time on Memrise, too, and also a little with the Warro Activity Book and playing around with a translation of Romeo and Juliet (Romeo et Juliette).

How do I feel about this language?

I think I covered this, more or less, but yeah, it was a lot of fun. I feel like I learnt a fair bit of it and, though I won’t be having full conversations any time soon, I know some useful phrases and a fair bit of vocabulary.

What about those stats?

I’ve studied Guernésiais for 587 minutes (9.78 hours) over the last 18 days, averaging out to approximately 33 minutes (0.54 hours) per day. That’s not too far above my target half an hour per day, but it’s not bad.

According to Memrise, I learnt 184 words; this doesn’t include any extra words I’ve picked up through the YouTube videos, as the Memrise deck I found doesn’t follow any actual course. 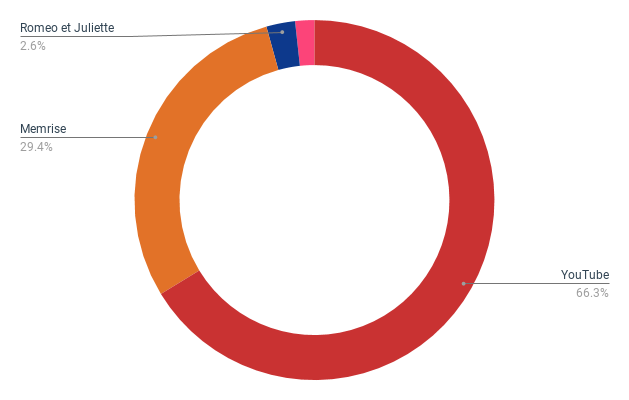 That’s a breakdown of what I spent my time on; I realised as I’ve been typing this that it is missing a six-minute stint where I played around on the Digital Greenhouse app, but aside from that it’s all accurate.

Tomorrow—or today, really; I’m posting this very late!—I’ll start with Nahuatl, which is going to be a lot of fun, not least because I’ll be using Spanish as my base language a fair bit of the time I think.

Also, I may have to look into shifting a couple of the languages around in April, but I’ll talk more about that when it comes closer.

Sim Along With Me

Just a girl and her sims. Gallery ID: thisisarealpainx